Shootin’ in the woods (Patton, PA)

So how did it go and were ya cold? These were the two big questions everyone asked after the “hunt”. Overall it went just fine.

The day started before dawn. After getting dressed with Under Armour, Carhart, Camo and bright orange gear, we hopped onto an ATV and rode across the family farm to the “blind” (if you don’t know what that is look it up). It was still dark when we got there and as the sun came up it began to snow. I was with Cousin Andy (Cousin Kathy Jo’s husband).

The night before, Andy prepared us for the hunt  by showing us his riffles, telling us about deer and their keen sense of smell and hearing.  He talked about not using deodorant and wearing clothes that didn’t make noise.  Everyone had asked if I was going to carry a gun and I said, “Yes.” I figured, in for a penny in for a pound! Right? Having been very unsuccessful shooting with pistols previously, I had no fear of actually hitting a MOVING deer!

So there we sat waiting.  The sun came up, the snow began to accumulate, the wood peckers and squirrels came out. The time passed… and the snow accumulated some more. And then… I had to pee, uggg. It was only 9 a.m. and I felt like an idiot. But alas, Andy, a good guy, offered to run me back to the house. Although just a couple of minutes away, it meant revving up the ATV and making a lot of noise! Peeing in the woods is not new to me, but having to remove that many layers before doing so with only armed MEN running around the woods made me nervous! Did I mention the NEON orange clothing?

By 11 a.m. nearly 2 inches of snow had fallen and things were looking beautiful, but no deer. Then a rumble of ATVs. Everyone had gathered near our blind to discuss a “plan”. No one had seen deer. The question begs – who were these people? Well, as mentioned in the previous posting, we were on the family’s land. Almost all of the cousins are hunters. Whether or not they farmed, they hunted. And since the hunting season in PA only lasted 2 weeks it was a given that everyone would be out there on Saturday hunting. And everyone, all 11 of us were related one way or another. As no one had seen a deer that morning, they decided to do a “drive”. This too was fruitless.

After lunch, Andy and I returned to the blind until 4. The woodpeckers had mostly disappeared, the squirrels were gone and it had gotten so still that a spider started to build a web in front of our blind! In the end I was glad we didn’t see any deer. On Sunday Andy set up some targets so I could do some shooting, and as it turned out I was a better shot than I thought – at least with a rifle (we won’t talk about the pistols). So had a deer come by, there was actually a small chance that I might have hit it.

So how was it? I must say I had fun, I’m glad I went cause now I “get” it. I had a lot of one on one time with Andy. We discussed family, politics and shooting (both with a camera and rifle).  Much of hunting is about being in and enjoying nature; there is a lot of time to sit and contemplate. And although I was the only girl in the group, Andy told me that he would support his daughter if she wanted to get into hunting when she is old enough. My respect for these cousins has grown even more. They eat everything they shoot (deer, turkey, squirrels etc). They only shoot bucks and not does, because a doe represents about 2-3 deer. They sell the hides and process their own kills rather than paying someone else to do it. In other words, nothing goes to waste and they are willing to do the dirty work themselves.

As some of them raise cattle, I asked about the hormone free grass/corn fed beef thing. In these discussions I came to find that for all these people represent: meat eating, beer drinking, gun tottin’ folks, they fundamentally eat in a manner that is more sustainable and more environmentally friendly than most of those tree hugging environmentalists do.  I have come to believe that they are among the very few who have a right to remain meat eaters. Andy told me that he doesn’t eat chicken because he knows what happens to them before they are processed, and since they don’t raise their own chicken…  He also doesn’t eat meat from Walmart for more or less the same reason. When I asked him, “don’t you think the other grocery stores buy their meat in the same manner as Walmart?” He explained that he knew how each of the local stores were getting their beef and it informs his purchasing decisions. They also occasionally slaughter their own cattle; so that’s always clean.

I also learned about their sense of family. While they were all strategizing that morning, Cousin Tommy’s father asked him to introduce me to his uncle. He said, “Uncle Bob, this is my cousin Zim.” Wow.  That night, I cooked a “Vietnamese” dinner and although they didn’t enjoy everything, I give them a lot of credit for trying everything I cooked. Although it was just supposed to be Cousin Danny and Joe’s families for dinner, eventually everyone else (who weren’t at the hunt) showed up to pay us a visit too. They knew we were there and just stopped in to say hello.

Would I go back? The answer is hell yea! That was always true. Would I go back for hunting season again? Yes, definitely. Do I think it’s a contradiction because I am a vegetarian? No. Presently most of my reason for being a vegetarian are environmental; and as stated above these folks are eating more sustainable than anyone I know. What about the non-violence thing? Am I somehow encouraging the slaughter of animals? To say that they love hunting is an understatement.  They certainly don’t need me around to encourage them to do more. And ya know? Not a single person out there has ever given me a hard time about being a vegetarian. On the contrary they go out of their way to make sure that I’m taken care of; that’s more than I can say for some people. But Andy does call me a Food NAZI (a title I am WILLING to own) because I like to give THEM a hard time for doing things like, spreading partially hydrogenated soybean oil margerine on a homemade chocolate chip cookie!!!!! OMG! To this I object vehemently :P

The best part is, on Saturday I was the only one doing any shooting! My weapon of choice was a full titanium Canon automatic, firing 5 frames a second loaded with a 105mm, baby!  Click here.

Having traveled to 34, countries, I have learned that EVERYONE wants the same things in life. We want to be happy; happiness is the ability to provide for ourselves and our families while living in peace. And although these folks seem to live on the far side of the moon (and I’m sure they see me the same way), we are the same.

Thanks for a GREAT weekend Cousins! Looking forward to next year. 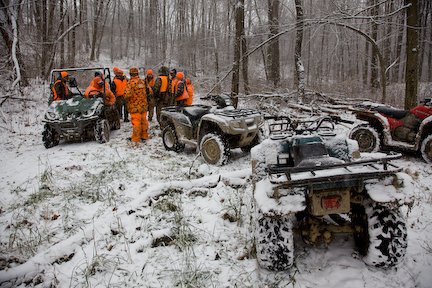 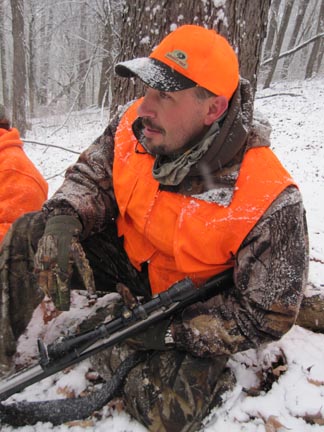