It’s day 3 here in Syria. Left Hama this morning and headed north to the “Dead Cities”. These are essentially ghost towns like those in California and Nevada, but the difference is that these were built over 2 thousand years ago. Unlike the ruins in Bolivia where it was a pile of rocks sitting on the ground, there is still enough in tact to imagine what it was like all those years ago. For me being able to make the mental connection really helps bring these places alive.

After the dead cities I headed further north to San Samaan near Aleppo. From the phots I saw before arriving here, I must say I didn’t expect much; but it is clear that the photos did not clearly describe this incredible place. At the time it was the largest church in the world, and was later surpassed by the Aya Sophia in Istanbul. Although, most of it is in ruin, there is enough of it to see how tall it might have been and the work that it must have took. I don’t know, I just can’t describe this place, other than, it’s amazing.

So… so far, this trip really has delivered. Tomorrow Aleppo.

** thus far, posting a simple 1 minute video has proved impossible so still photos will have to do. 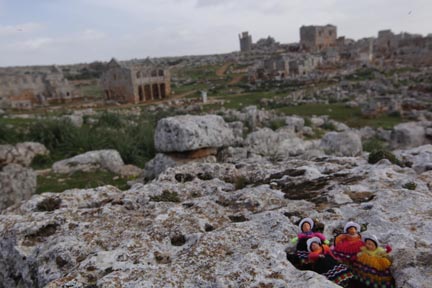 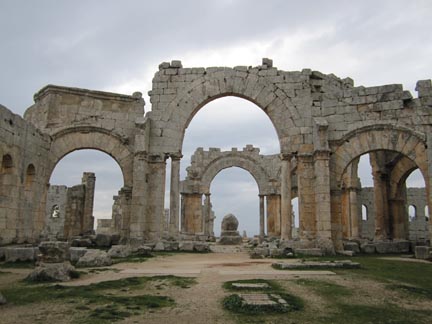